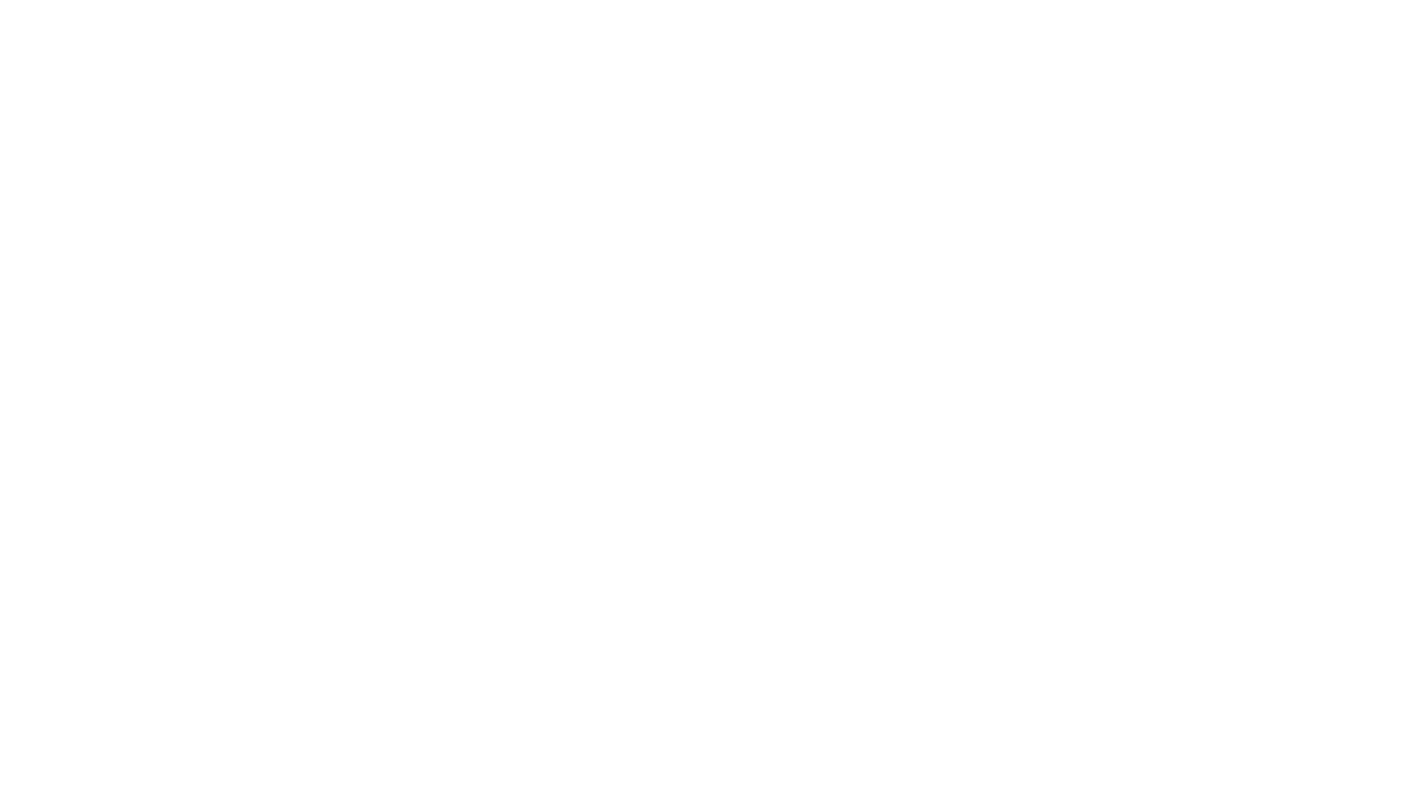 LET'S GET TO KNOW EACH OTHER 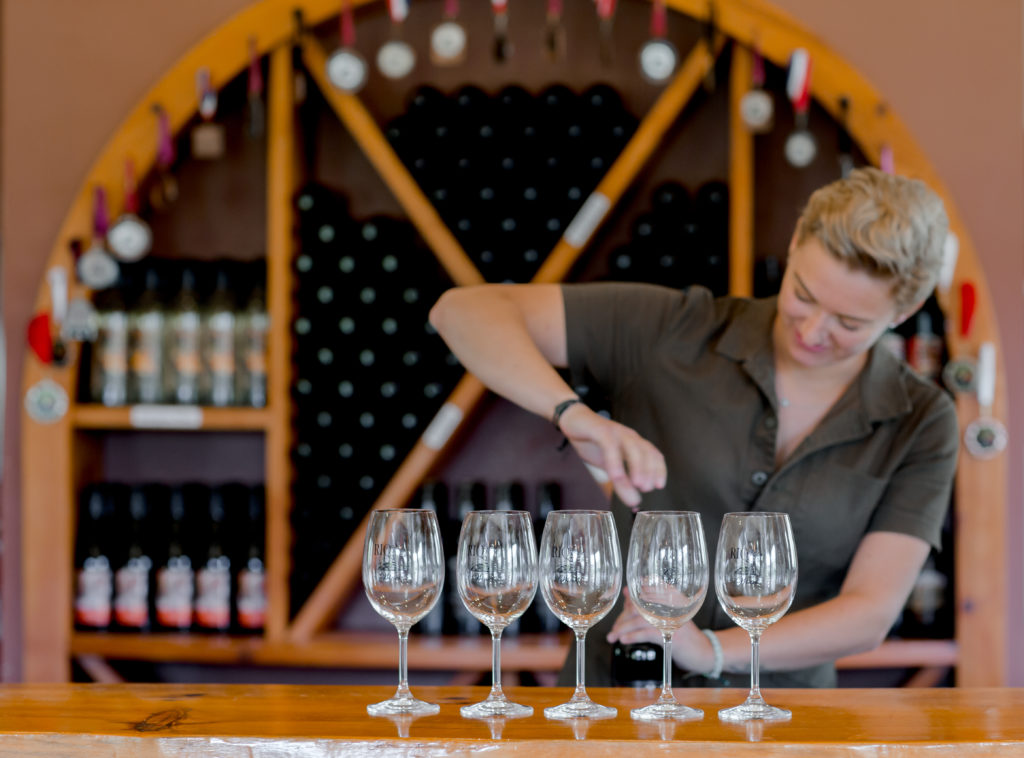 Rio Vista Wines was started with a dream. John and Jan Little dreamed of turning their country-sagebrush property along the banks of the Columbia River into a lush green grape growing mecha. Without the intention of starting a winery, the first grapes were planted in 2001.

John Little has the blood of a farmer and was looking forward to getting back to his roots of crop cultivation. One thing led to another and by 2005, the Littles were crafting their own ‘basement blend’ red from the comfort of their own home. With the encouragement of their friends and family, John decided to pursue winemaking more seriously and released his first commercial vintage in 2007. It was then that the idea of owning their own winery didn’t seem so far fetched. In 2008 the construction of the winery building was complete and since then the Littles have been sharing their award winning wines with us while gazing over their little slice of heaven on the River.

Winemaker, John Little, with help from his wife Jan, and his son John, are at the reins in all phases of the grape-growing and wine-making process. John grew up on a farm in Port Angeles, WA, under the shadow of Hurricane Ridge. He spent his time milking cows (when he wasn’t sneaking off to do a little fishing in the creeks near the farm.) He was however, exposed to wine at a young age and enjoyed a sip or two of his grandpa’s homemade fruit wine on holidays.

John graduated from Central Washington University and taught school in Seattle for 9 years. But the big city was not where his heart lay. He realized that farming was the profession that held the most interest for him so he and Jan and their 4 kids moved to Eastern Washington where they purchased an apple orchard which he farmed for 10 years. During this time he also began experimenting with wine making.

After the orchard, John worked as head carpenter at Wenatchee Valley College and retired in 2004. Jan retired from teaching at the same time. They then moved full time to Rio Vista and became serious winemakers.

John Jr. graduated from the viticulture program at Walla Walla community college in 2014 and has since moved home and is working as equally hard alongside his dad to make some of the best wine in the Lake Chelan/Columbia region. John is a believer that good wine is made in the vineyard and the wine’s ultimate potential comes from the winemaker’s skills and practices in the field. He does it all, from pruning to wine making and making all the important decisions that go with it. 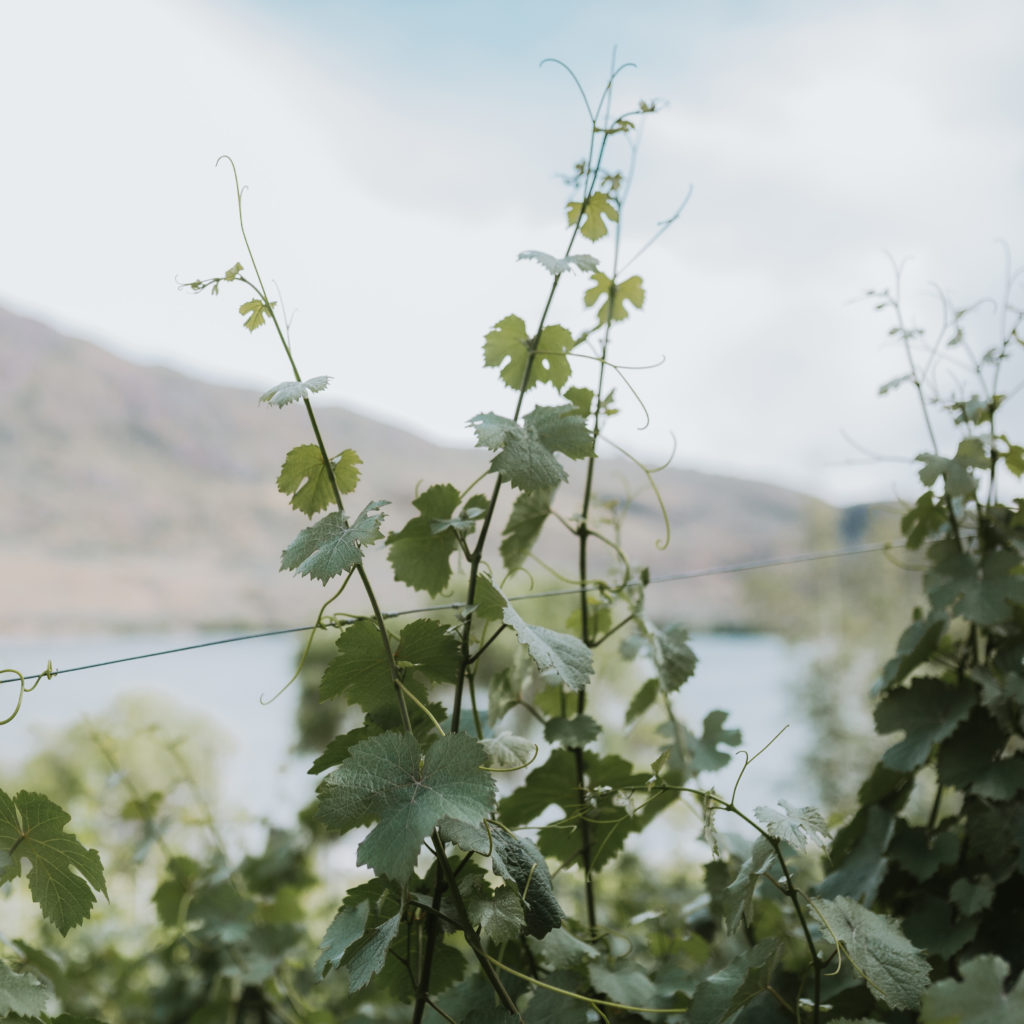 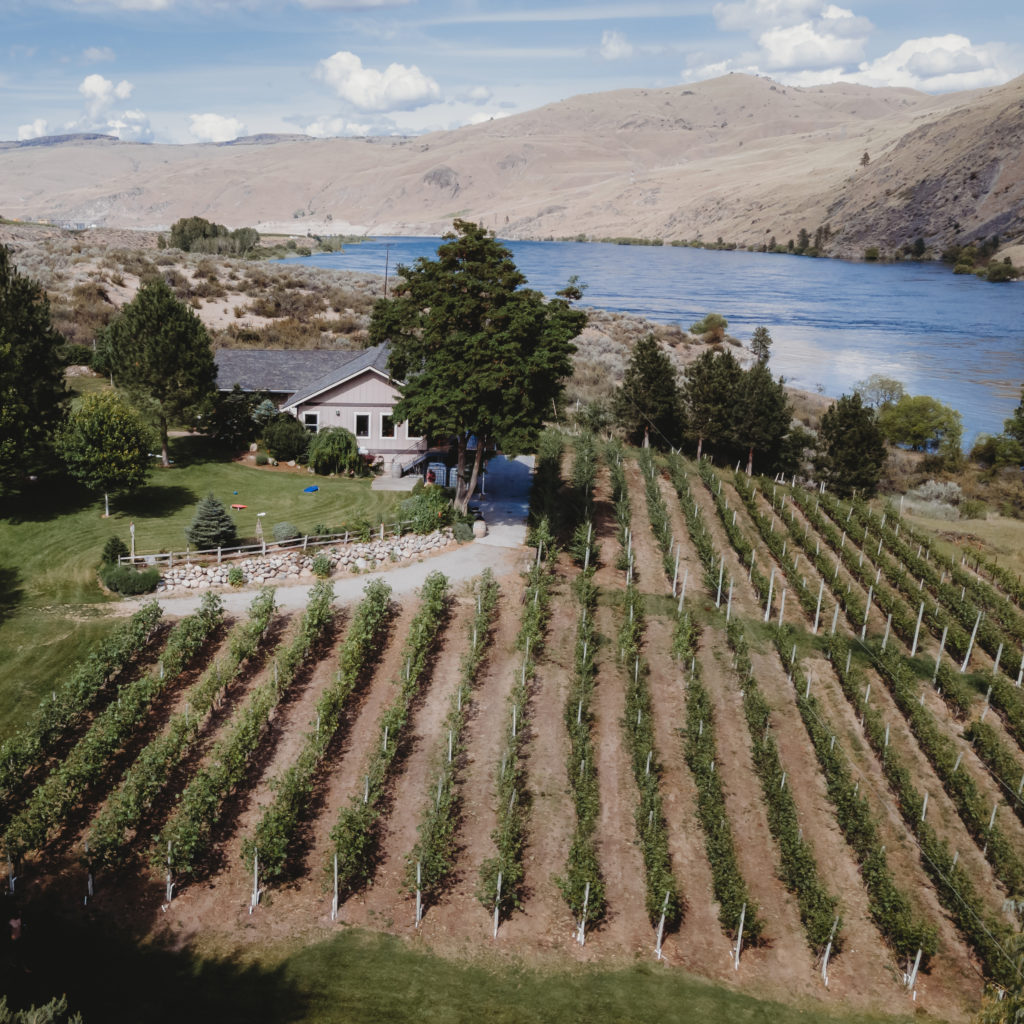 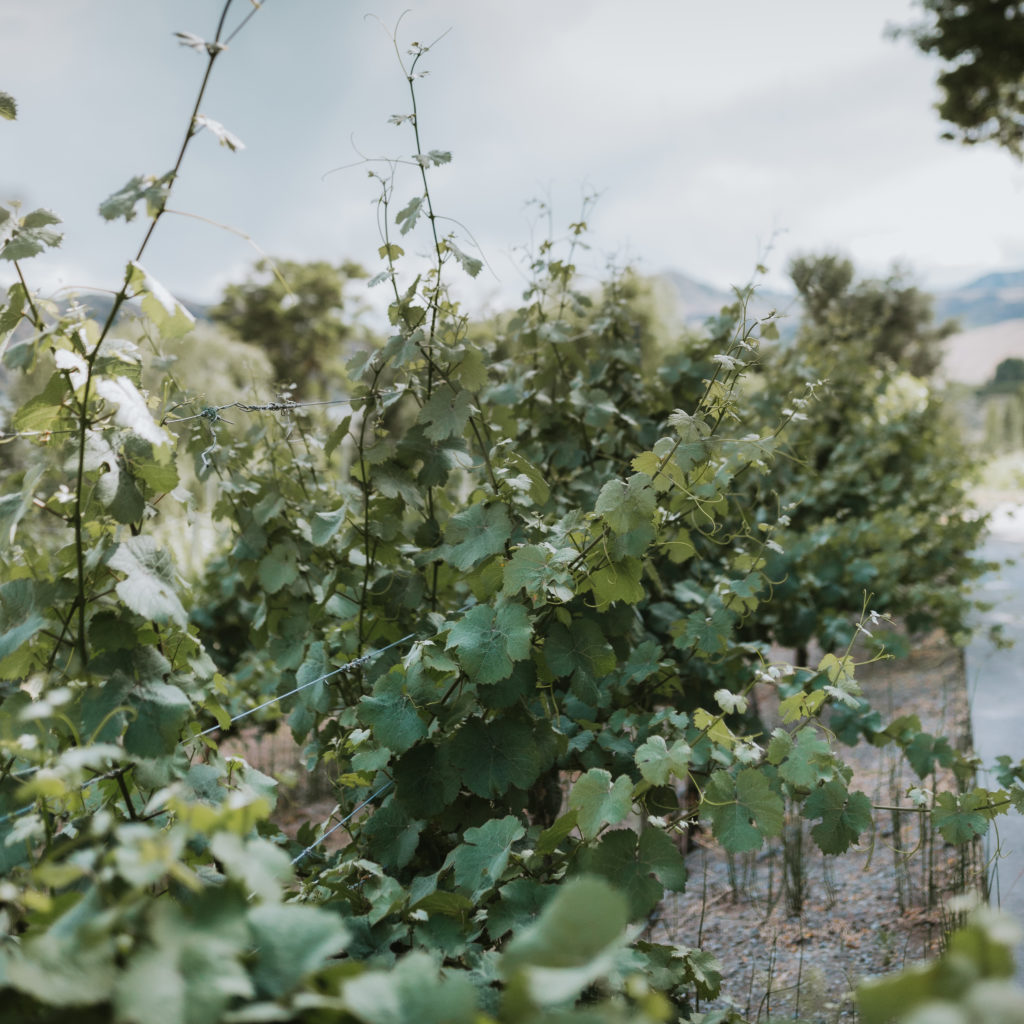 The French have a saying that the best wines come from grapes grown along a river. That’s certainly true here at Rio Vista Wines. Our grapes thrive and flourish in the exceptional micro climate created by the river, the long hot summer days, the moderate winters, and the unique geology of the glacial soil.

Rio Vista Wines is a small-scale vineyard and winery, producing approximately 1,200 cases of wine annually.  The property consists of ten acres of prime land on the western shores of the Columbia River, ten miles north of Lake Chelan. Seven of the ten acres are planted with grapes of both the red and white varietals.

The vineyard is planted on a southeast facing slope at approximately 600 feet elevation.  The rows are planted in a north-south orientation which allows for optimum sunlight to reach the grapes. We have planted our vines in three stages, the first vines were planted in 2000, the second set were planted in 2004, and the last set was planted on the Western side of the property in 2015. 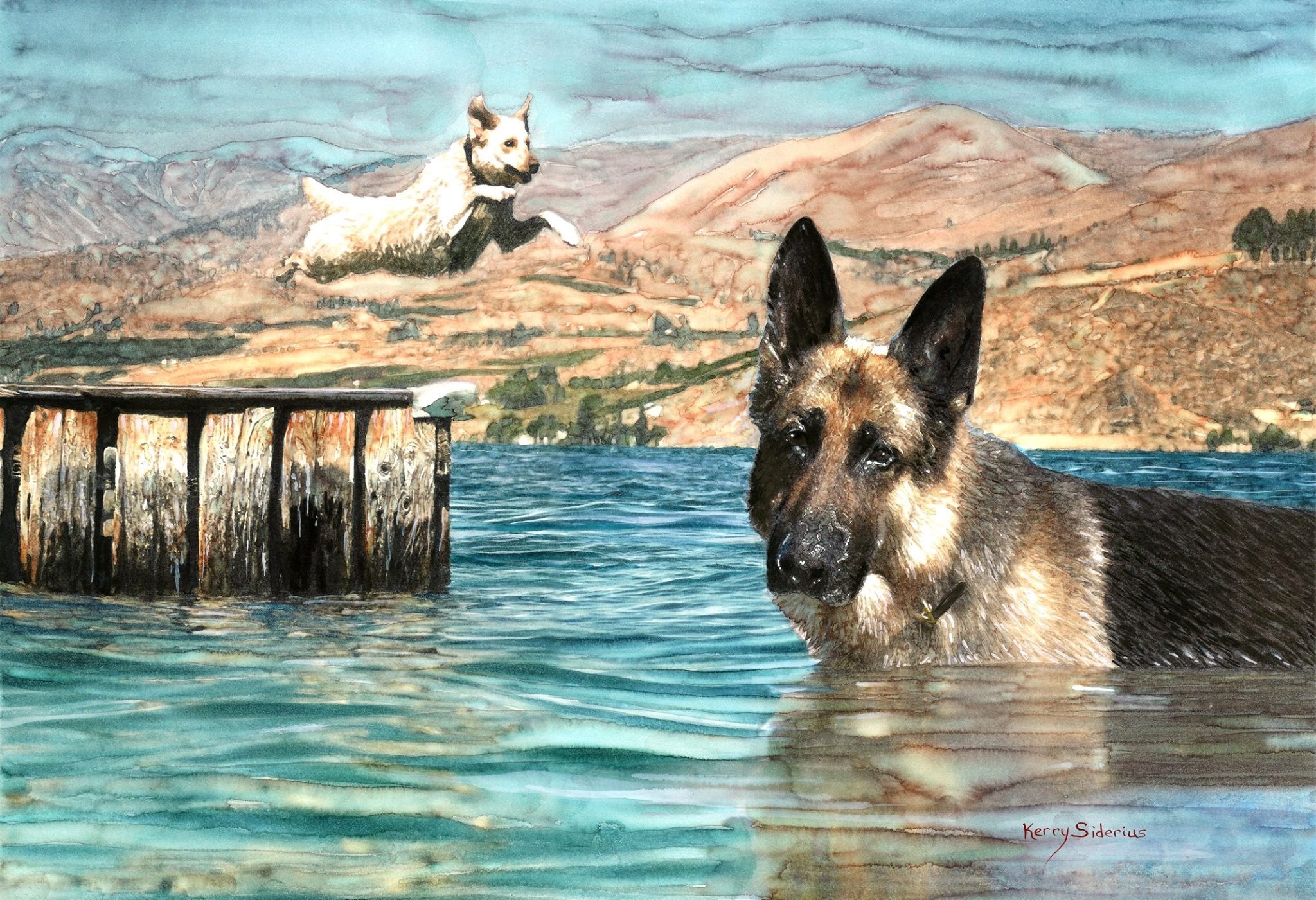 Her subject matter consists of the four vibrant seasons of the area’s fruit and fruit trees, mountainscapes, townscapes, beautiful vineyard views, orchards, wineries and magnificent rivers of the area.

She paints scenes from Chelan to Leavenworth from the Methow Valley to the Columbia Basin and everything in between.